shadows and shading, massachusetts and california

i wanted to replace my old tree: 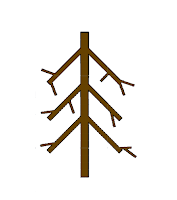 so i drew a new tree (with mouse in GIMP): 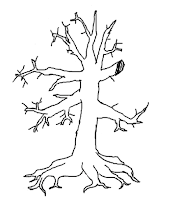 then i had to decide how to color and shade it:

i was not crazy about any of these. i showed them to my mom. we discussed. this was important, because i'm trying to settle on a visual style for all the environment that should work with my already drawn whale, dogs, blue hobbit folk, and monsters. plus it was to work with my weird, top down, two-layer world, the floating island layer and the flying creatures layer. i explained my frustration with not being able to simply transfer pen and paper drawings into my video game easily and how much i liked just drawing with a pen, like i did during so many college classes lol. somehow i started asking if we still had The Eleventh Hour, a beautifully illustrated book my sister had a child. i was heavily influenced by my sister's aesthetic tastes that were too girly for me to have in my room. (i feel the temptation to get derailed by a discussion of child rearing, gender roles, aesthetics, and sexism!!!!). 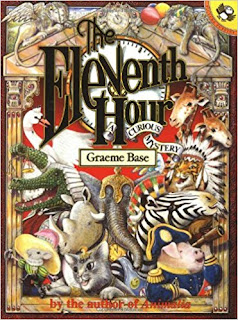 my mom said it was upstair in the bottom right of the bookcase. so i tried to find it. instead, i found this: 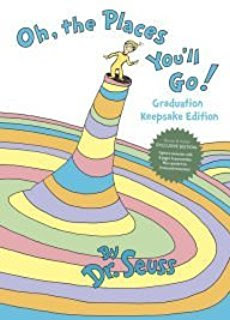 which is funny. because i think of dr seuss and pd eastmann (Go, Dog. Go!) as my strongest influences for the look of flock of dogs and the general look anything i draw with a pen, in general. and so i was like, how does dr seuss do his trees!? and, well, The Lorax isn't very helpful either; my trees are not shaped like the truffula trees: 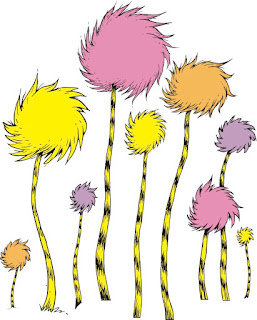 i started reading about dr seuss on the internet, how he's from massachusetts, how he got banned from extra curricular activities during college for being caught drinking with friends in his room during prohibition. then in oxford getting his english phd he meets a new york gal who tells him to quit trying to be en english teach, be an arist, because the drawings he does in his notepad during class are absolutely delightful. so he does that and moves to new york, and marries her. his wife can't have kids, so they don't have kids. he writes books. gets popular. moves to california. then his wife gets pretty sick, and dr seuss then cheats on her with a married neighbor. so then mrs seuss writes this note:
"Dear Ted, What has happened to us? I don't know. I feel myself in a spiral, going down down down, into a black hole from which there is no escape, no brightness. And loud in my ears from every side I hear, 'failure, failure, failure...' I love you so much ... I am too old and enmeshed in everything you do and are, that I cannot conceive of life without you ... My going will leave quite a rumor but you can say I was overworked and overwrought. Your reputation with your friends and fans will not be harmed ... Sometimes think of the fun we had all thru the years ..."
she takes her own life. dr seuss said later, "I didn't know whether to kill myself, burn the house down, or just go away and get lost." he soon married the other woman and went back to work writing childrens book.
now, i guess, back to drawing trees for my video game. i shaded this one in the style of seuss: 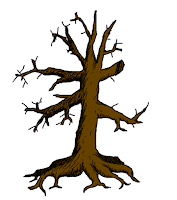 and here it with leaves, fruit, and placed on a sky island: 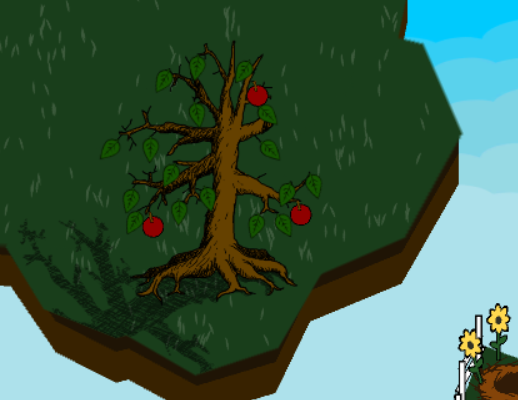 rest in peace, ted and helen.
Posted by mclark at 8:14 PM