Getting Good at Grass

I've been working steadily on Flock of Dogs.

According to my standard for myself, I'm pretty happy with the amount of work I've done in the last few months. The online networking code works decently well all things considered. I held my 2nd online Flock of Dogs playtesting and while we found a bunch of bugs, I've fixed a bunch of them immediately after the playtest.

I've recently decided it's time to do a big, (probably) penultimate, art pass. Starting primarily with environment art, following in the style of the Dr. Seuss-like trees I've blogged about. Basically, using a sort of ink-imitation line art, filling sections witih solid colors and using hashing and contextual black lines for shading. I am going to be trying to get good at using my tablet, instead of the mouse, because that should pay off in productivity eventually. (I've used the mouse for the treehouse, the dogs, and the players, with some very rough pencil sketches that I uploaded iPhone photos of and then traced over). My tablet is small and cheap, but functional and I'm going to switch from using GIMP to Krita after spending some time looking into it. Krita has a good, new community, handles animation way better, and the aesthetics of it are much preferable. I even prefer its name and icon, which like is a sad subsittute for the tactile satisfaction of actual brushes, canvases, paint, or polymer clay and a knife. (Maybe I should get a mechanical keyboard......)

Here's the islands I drew (still using mouse in GIMP, but after this blog...tablet and Krita!): 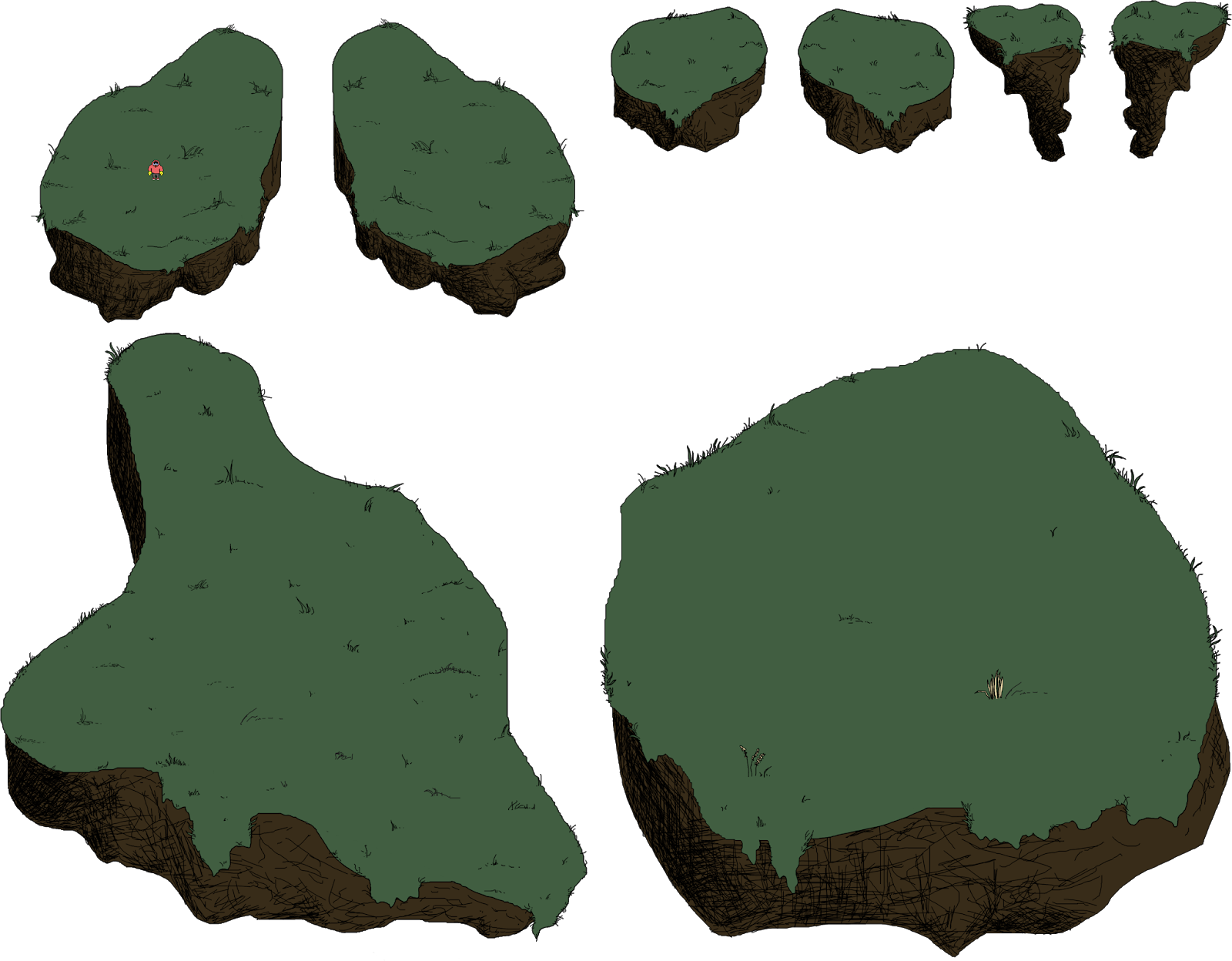 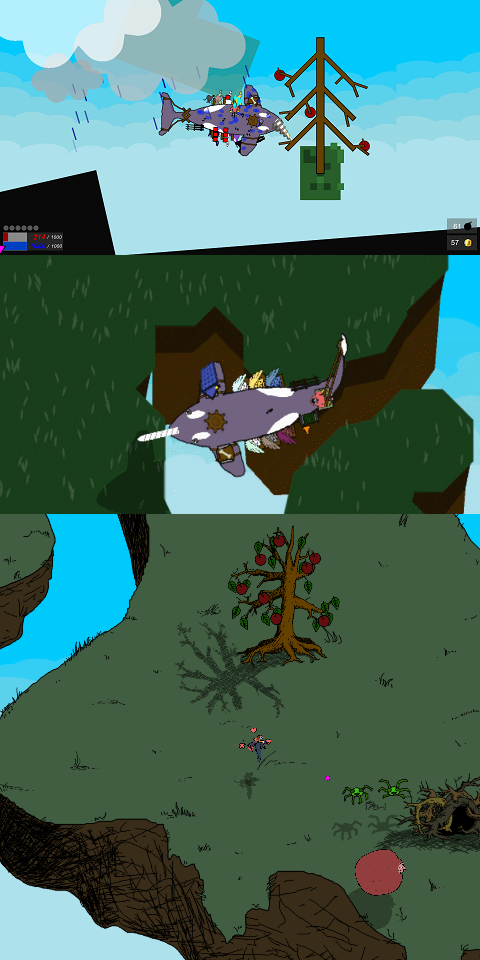 These most recent iterations on islands will probably be final art. I'll draw a bunch of them, and then they'll be procedurally dropped into levels. Or for hand made levels/areas, I'll pick which ones to use and/or draw custom ones. Same process for the other environments in the game.

I've removed Twitter and Instagram from my phone (after having removed dating apps some time before) and I'm happier for it. I'm going to try harder to blog and post on Twitter/Instagram in intentional, consistent ways. But I'm not going to beat myself up over it. I only beat myself up over losing in soccer and not flossing and not working on actual game development. I've been on a good streak in 2 of those things. The flossing is a struggle.