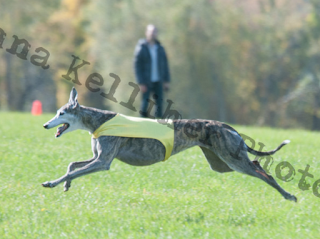 (note, my sister did buy the above photo for me and i have it framed)


Well, as some of you may know, in late March, leading up to PAX, I took my dog to the vet to get a lump checked out. After two or three trips to the vet, and half a surgery, it was determined to be cancerous. She's ok now.

Now, I don't understand the role that social media ought to play in my life. To go the extra mile, I don't understand how offline social networks ought to figure into my life either. But so I didn't share updates on Facebook or Twitter, but anyway, I felt like sharing somewhere. There are a lot of people distributed about the USA that care about me and I care about them and it seems very inhuman how spread out we all are and how difficult it is to share our lives with the people we care about.

In some sense, all there is to say is that I love my dog and there were a few times when I thought her time was up and that was hard. We've pretty much all been there. I decided to pay a fair amount of money to give her a chance at a few more years and it seems to have worked out, but there were a few scary moments. Family and friends gave me money and I'm very grateful.

It's all so weird. A dog I adopted for $300 who's about 80% done with her life. I've had human friends and relatives with cancer. I have a cousin who had no insurance and a heart attack that owes hospitals about $1 million. Because of PAX and this, I've now been in Nashville an extra 3 months, and this nagging groin injury has had me sidelined from soccer the whole time. So no friends, no soccer, no girlfriend lol, and then my dog gets cancer. In some sense, this is the worst time in Max's life. And then I go to this engagement party for my mom's friend's daughter last Saturday where I don't know anybody and sit there and talk to a Vietnam war vet. He was drafted when he was 25 and stationed in South Korea. He said he got a good gig as the mailman. Nobody wanted to be the mailman, because you had to get up early 7 days a week and couldn't go whoring on the weekends. He said he said to himself, "I'm a quarter of a century old. What in the heck am I doing?"

I mean. I had a sick dog and I can't play soccer. But I wasn't drafted to go to war in Vietnam. I don't know man.

I felt like typing out a record of all our visits to the vets with some pictures, so I did that: 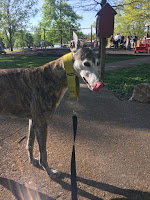 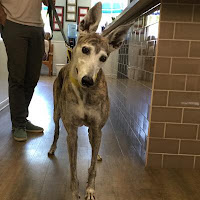 - April 11, during surgery, murphy rd vet noticed the lump was larger and attached to muscle below, decides to not remove lump, but takes some chunks out to get biopsied real good, proceeds with dental cleaning 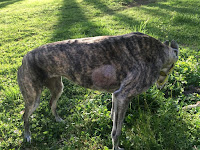 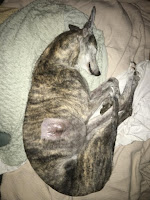 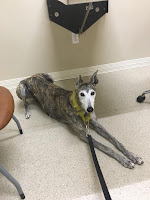 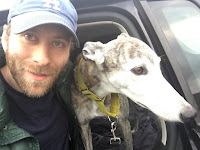 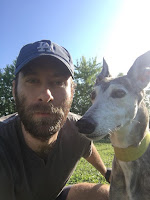 - May 10, one day after surgery, blood in chest tube, internal bleeding, hopefully dog just having trouble clotting, vet is keeping dog extra night. if dog doesn't clot, more surgery may be needed
- May 10, I visited in am, hung out at starbucks nearby and worked on flock of dogs. got cold inside. went outside and talked to friend on phone for an hour. got sunburned. went to nearby park and did rehab for my groin. visited itsa a 2nd time and watched her eat, but couldn't take her home 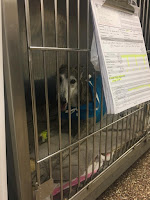 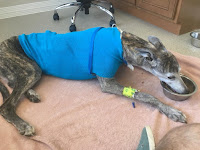 - May 11, no more blood in chest tube, dog can be taken home that afternoon 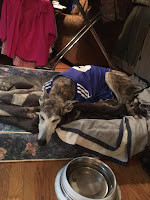 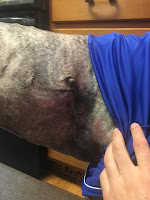 - May 12, 7 pm, at home, notice a lot of redness and bruising emergency vet visit. i thought my dog was bleeding out on the inside. 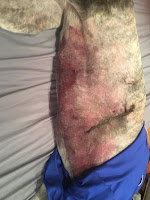 - May 12turns out everything normal, lol, greyhounds just bruise a lot. all vital signs ok and red blood cell count good
- May 17, post op check up, dog is recovering normally, they "got it all", official recommendation for optimal care would be to do chemo or radiation, but monitoring seems very reasonable

Future:
- May 24, a second post op check up to just make sure everything still proceeding normally

And here's a few more photos from the last day or so: 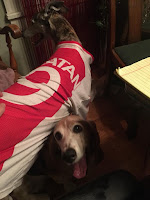 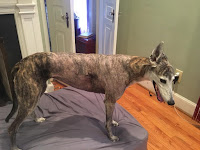 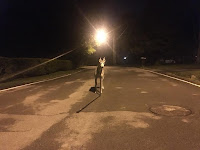 Posted by mclark at 5:40 PM No comments: